We Made The Finals! 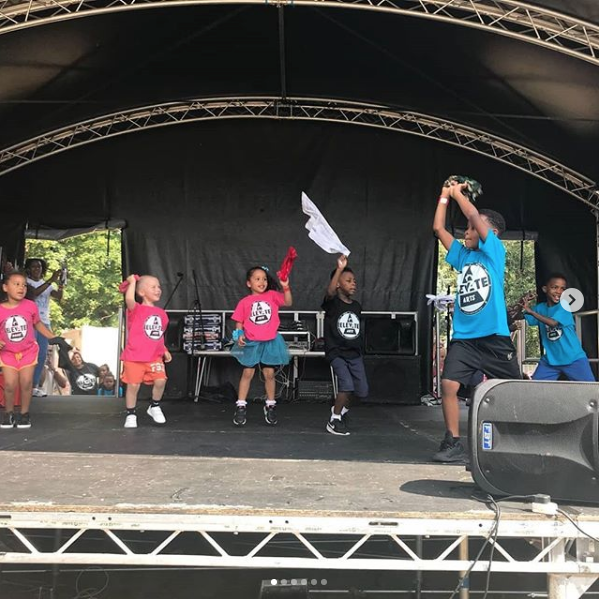 So you may have read our previous blog about our school crew, Eximius, competing at the Great Big Dance Off regional heats? Well, we placed 3rd in the London heats which meant we would go up against the winners of the other 8 regions in the Nationals. That is over 30 groups!

In the lead up to the finals, Eximius trained hard, polishing their set ready for the finals. We added a couple of sections and focused predominantly on our vibe and performance skills as a group and our spacing on stage.

The morning of 25th June we met at 8:30am and travelled all the way to Oxford to compete. We had our tech run at 10am, which went ok but lacked energy and the use of the stage like we had rehearsed. We wanted to keep the childrens’ spirits up though so congratulated them and gave them a well deserved break. One of the children didn’t pack her trainers, so we were also on a mission to find her something suitable!

Our call time wasn’t until 3pm, so we headed out to explore Oxford (detouring to Primark for the trainers) and then coming across Oxford Castle. Although we didnt go in, we took a nice walk uphill to the top to admire the scenery and get some scenic, last minute practice in. Luckily nobody fell off and rolled down the hill, and we were able to return to the theatre with a more polished piece!

The performance kicked off at 4pm. We got to watch the first half of the show, before we were taken backstage to get ready. We had a last minute run through in our dressing room and took a few photos, then it was time to go on stage.

The performance went well, we seemed to get a good audience response! After performing we returned to the theatre to watch the final performances and hear the results. The children were nervous but we reassured them they had done really well to reach this stage regardless. They called out 5th place….not us, then they called out 4th place…it was us! We don’t think the kids were even expecting that! From watching, we were the only street dance group there and we didn’t think our piece would fit in with the top 5.

So, we didn’t win a trophy (only 5 points off 3rd place though!) But, we represented we represented London, West London and most importantly, authentic Street Dance at a predominantly contemporary event. To us, being 4th in the UK is a result!